RoHS is an European Union based directive that has shaken the global electronics industry. In short, RoHS insists that certain substances of very high concern — like cadmium, lead, and mercury — be restricted in the manufacture of electronics and electronic devices. RoHS was fully implemented by the European Union (EU) in 2006.

Overall, the list of chemical and product regulations affecting the electronics industry continues to grow in 2010. For some companies, compliance is for Corporate Social Responsibility, or "CSR," also known as "good PR." These regulations also effect consumers, that is, anyone looking to dispose of or recycle a device such as an iPhone or a pair of headphones or a vault full of high-tech servers and other hardware. Software tools for RoHS compliance include BOMtracker from Actio and similar, fledgling products from PTC.

The fact is: complying with product regulations and materials disclosure is because of tightening

industry standards, government regulations, regional laws, and directives. Major examples of these include: regulations such as REACH (see REACH Top Ten Q&A about REACH here), TSCA mandates under the new EPA, electronics industry directives such as RoHS and WEEE, and new IPC standards. These are changing how products are made and how materials data is tracked. We've discussed RoHS previously in this blog. Here we're looking at the top 10 questions we encounter about RoHS and the electronics industry.

RoHS is a directive, not a regulation. A regulation is a law that is immediate and universal across all participating entities in the EU. A directive is a legislative act which requires member states to achieve a particular result without dictating the means of achieving that result. This means it's a law but there can be differences in how the law is carried out. Directives typically leave member states with a certain amount of leeway as to the exact rules to be adopted. Both immediately apply to anyone who wants to sell in the EU, import from the EU, or manufacture in the EU.

1. What does RoHS stand for?

RoHS stands for "Restrictions of Hazardous Substances." This is a refreshingly simple acronym in compliance regulations these days (!) so we should pause here to enjoy it.

2. How do you pronounce RoHS?

In real life, RoHS is pronounced in as many ways as you can think of. But the favored pronunciation in the U.S. tends to be "ross." Rhymes with Hoss, from Bonanza. Remember Hoss?

Then you can remember "ross."

3. Is RoHS connected to WEEE, the electronics-recycling directive?

Yes. RoHS is closely linked with the Waste Electrical and Electronic Equipment Directive (WEEE). WEEE articulates collection, recycling and recovery targets for electrical goods. The point of RoHS is really to reduce the amount of toxic waste produced by electronics post-use.

So yes, WEEE is part of the EU legislative initiative to solve the problem of huge amounts of toxic e-waste.

4. Are solar panels and wind turbines within the scope of RoHS?

Good question -- the answer keeps evolving. On June 2, 2010, windmills and solar panels were deemed "excluded" from a RoHS recast. Here's the thinking behind that decision: RoHS is primarily aimed at curbing the use of toxic chemicals in consumer goods, e.g., household electric and electronic goods. The European Parliament's environment committee amended a proposal on the recast Directive on the Restriction of Hazardous Substances in electrical and electronic equipment (RoHS).

The hope of the recast was to widen the RoHS directive's scope from household appliances to all electrical and electronic devices, unless specifically excluded. But the prospect of a more open scope had made renewable energy producers anxious. Understandably, they were concerned about being subjected to legislation that the fossil fuel industry would not have to comply with, putting them at a competitive disadvantage. For more information on the specifics, we recommend www.euractiv.com.

5. Should companies place a mark or seal on a product to show it complies with RoHS Regulations?

There is no obligation or standard marking to show RoHS compliance, but consider showing your compliance anyway to make everything easier for import/export and going-to-market. For compliance with the WEEE Directive, however, a ‘crossed out wheeled bin’ symbol must be used. Get extra help on that here: http://www.weeeregistration.com/ As far as a RoHS-approved "Certificate": there is a requirement in the UK that an EEE product ‘producer’ has documentation to demonstrate compliance. Therefore there is no expiry time or other prescribed approaches to the format of certificates.

6. Does packaging used for a product need to comply with RoHS regulations?

No. But yes. :) Any packaging that is discarded after purchase of the product is not considered to be part of the EEE and therefore does not fall within the scope of the RoHS regulations. However, compliance of a case or packaging that forms part of, or may stay with, the product and may be disposed of with the product may need to comply; this must be judged on a case by case basis. Think of a sticker commonly left on the bottom of a laptop, for instance. Or a special piece of packaging attractive to children that a child wants to keep.

Industry intelligence will advise that packaging suppliers and users be sensible: know what's in your packaging. Declare -- or be ready to declare -- anything that remotely smacks of cadmium, lead, mercury or the other three primary suspects in the RoHS case. Remember, suppliers can pass you cadmium in paint -- packaging companies and customers must be on top of their ingredients.

7. What are the rules regarding repairing a product placed on the market prior to 1st July 2006?

8. Are LEDs within the scope of RoHS?

No, but the product containing an LED is within the scope.

LEDs sold individually are considered to be components rather than an electrical product and therefore are not within the scope of RoHS. However, when being used as part of electrical equipment, LEDs do fall within scope and therefore should be compliant. For instance, an LED lamp is covered by the Directive. Starts to make sense, doesn't it.

If not, you may need to contact an expert -- or review the gory details yourself (see #10 below) but it isn't always pleasant reading and has a similar hue to the U.S. OSHA Federal Registers.

9. Can a company continue to manufacture items it was manufacturing before 1 July 2006 without modification?

No. Any item of electrical or electronic equipment covered by the RoHS scope that is placed on the EU market from 1 July 2006 will have to comply, regardless of whether it is one of a line of products that existed before that date. No grandfather clause, sorry. 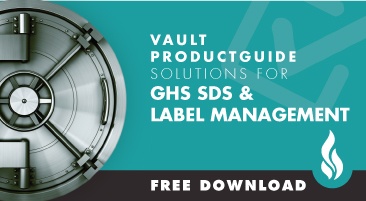 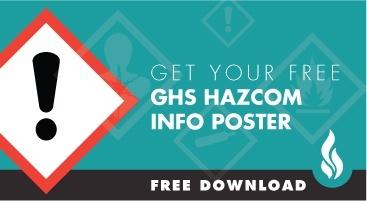 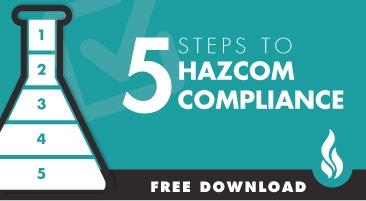 We self-certify compliance with